There’s no denying that yeti and grizzly coolers are among the top brands available on the market. But when we’re comparing them, there’s always a question over the price difference. Is it worth the extra $100 to buy a yeti cooler instead of a grizzly? To decide this when you did an in-depth comparison starting with which cooler has a better ice retention. we also look at the other key features of these coolers in a head-to-head matchup

When comparing high-end coolers they come in a wide variety of styles, prices and sizes. Yeti have we have known long for manufacturing some excellent coolers, but they come with a hefty price tag. To the stage where buying a yeti cooler is of a status symbol. But when we tested the yeti against the grizzly cooler in our intensive 5-day ice retention challenge, some results that we found may surprise you.

Despite their $100 price tag differential when we put the grizzly 40q and the yeti tundra 45 through our intensive 5-day isolation challenge, the difference between the two was virtually negligible. We run our ice retention challenge over a simulated environmental test. We filled each cooler with the same amount of ice and six sodas.

They moved the sodas from the top of the cooler to the bottom three times per day during the test to simulate the movement and actual cooler usage. By the morning of the 6th day of the test following 5 full environmental days of testing, the grizzly 42 still had a sliver of ice remaining. However, the tundra had enough ice in the cooler to last one extra day. So is it worth an extra $100 to buy a yeti tundra 45 instead of a grizzly 40 just to get a single day’s worth of extra ice retention? That decision will ultimately be your own.

How does the performance of Grizzly and Yeti coolers compare?

When we compared the smaller Yeti roadie 20q and the Grizzly cooler 20q under the same conditions, we were interested to see how they would match up in the comparison to their larger brothers when put to the same ice retention challenge. In fact we found the grizzly actually outperformed the Yeti, and even I performed four of its other major competitors in the same market with ice retention and other performance levels.

Grizzly coolers are among our favorite devices for after activities as they have been constructed in a fashion to be long-lasting. That they come to lifetime warranty just gives you an extra level of confidence when using them. Reading many reviews, grizzly coolers are transported everywhere from the base of pickup trucks to the back of ATVs and hardly suffered a dent. If you’re in the market to purchase a sturdy cooler, check out our comparison below where we compare the yeti and grizzly with four of their principal competitors.

Now, we’ll be looking into the performance of each of the market’s best from brands Yeti and Grizzly, in comparison. Which one meets your standards? Which one will outshine the other?

The 40-Quart Cooler from Grizzly 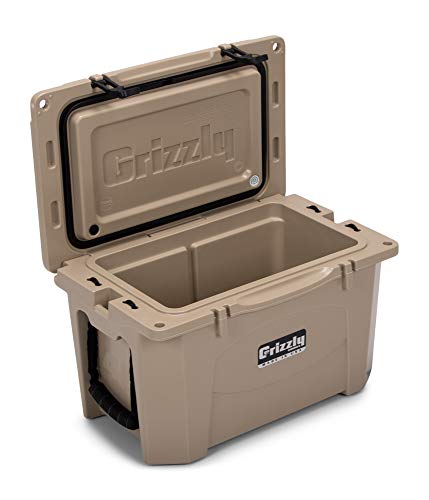 When they design their coolers grizzly usually follow the four seasons certification coldest construction and capacity. It draws your eye they have tested this to be bear proof. They hold a IGBC(ingredients in grizzly bear committed certification for sturdiness. Don’t recognize that’s being able to withstand the attempts of any grizzly bear to find out what’s inside.

They have manufactured the 40 quart cooler from grizzly using an extra rototuff plastic, which offers an excellent performance level and the ability to hold ice and keep it throughout the 6 days while also keeping bears and other critters out. They’re designed to send up to tremendous levels of abuse and still keep their rugged good looks.

This is largely thanks to the installation of a thicker outer wall. To help with stand curious bears live installed bear proof latches and a pressure injectors insulation that is both sturdy and environmentally friendly. They have included stainless steel opinions on their molded hinges. Reading hundreds of reviews of grizzly coolers shows you the buyers have been extremely impressed with both its capability and functionality, some of which include the following features:

There’s no denying that the grizzly cooler costs more than your average cooler. But you’re getting a series of features that simply don’t exist in cheaper coders. Despite his price tag, it’s still cheaper than the yeti tundra 45. so you’re still getting a high-quality cooler at a lower price that has excellent ice retention capabilities and is as we mentioned above waterproof.

The Tundra 45 Cooler from Yeti

That they consider Yeti coolers one of the premier coolers on the market has led to a wide variety of competitors trying to copy their products. As a result, you’ll see many coolers that are extremely similar to the yeti on the market. However, if you’re looking for the best and most consistently high rent with customer reviews, there’s only one yeti cooler. This one can hold up to 26 12 oz cans of beverages and set a space for a 35 lb bag of ice.

For some people, that grizzly coolers are manufactured and made in the US is an important factor, especially when considering the yeti cooler is made in the Philippines.

Having said that both the yeti tundra 45 and the grizzly 40 quart cooler are made using extra roto-top plastic, both feature non-slip rubber feet and have heavily inserted walls to make them more efficient and durable. The tundra 45 from yeti is virtually indestructible and holds a similar certification to the farting part cooler from grizzly they get from the IGBC. Both come with a set of rope handles, making them comfortable to carry in outdoor situations.

We do like the fact that grizzly have gone to the trouble of countering the rope handles to fit your hand and offer a canvas cover to make carrying the device with your nylon ropes more comfortable. The Yeti simply put a basic plastic cylinder over your nylon rope, which seems a little cheap considering the price of the device.

When comparing the yeti tundra 45 and the grizzly 40 quart cooler one can’t help but be drawn to the price tag, the yeti is significantly more expensive and this is definitely a decisive factor when choosing which to buy.

The market for high quality high capacity coolers among sports fans has exploded in recent years if you’re looking to tailgate and you want to carry a large quantity of drinks and food to your chosen ball field or sports stadium you want a reliable and durable cooler.

The 75 quart tailgating cooler from grizzly has been designed specifically to keep your beer cold, and there’re brats and steaks safely chilled. Coming with more than enough space at 18 in deep, it can comfortably hold around 50 12 oz cans and a 66 lb bag of ice. I believe in keeping the ice for up to 10 days. Like all its brothers the 75 port cooler from grizzly has an IGBC certification so just in case you encounter a grizzly bear at the sports stadium you don’t have to worry about the safety and security of your cooler.

Because of its natural capacity they’ve installed the rubber gasket and an additional drain plug, both of which help with the draining and ceiling of the device ensuring that it’s airtight and remains colder for longer. Knowing that people might transport this in the back of trucks, they’ve added some rubber feet to help it stay in place. It also uses grizzlies patented roto-top construction to make sure that the cooler can withstand some serious damage.

The Tundra 75 Cooler from Yeti 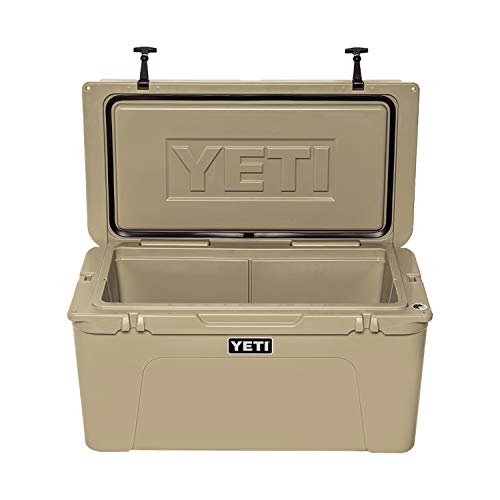 Like the grizzly cooler listed above, there’s no denying that we have specifically designed the 75 cooler from Yeti for activities like tailgating. If you need a device that is comfortable with other activities and has a large capacity, this cooler from yeti is perfectly made for purpose.

They look comfortably fit in the back of your truck, but it’s also for fishers because of their large capacity. Many for comment on the fact that it comfortably doubles as a platform for casting and a cooler while on their boat. Choose between the two 75 quart capacity coolers.

When you’re looking at the key features of these 75 quart coolers, the only significant difference is the price tag. People share many of the same features but the grizzly is cheaper so if you’re looking for a high quality cost-effective solution for in a tailgating cooler you should look no further than the 75-quart cooler from grizzly.

We hope that this review of grizzly and yeti coolers will help you choose from some of the best coolers on the market. At the end of the day your choice will most likely come down to budget and whether you’re willing to pay the extra a few dollars for the Yeti cooler. Most people who buy a Yeti do so because it’s a status symbol. Despite the fact that they know the Grizzly cooler is nearly identical in performance.

Chris Chamberlain Administrator
I am an outdoor nut and love researching and testing new gear. For me its about finding that diamond in the rough…not just shelling out $$ for the sake of it. Its tough to decide between the mountains and the ocean so I try and travel alot and bring my Australian Cattle dog where I can (but he does not like boats).
web
https://biggameproshop.com/
email
chris@biggameproshop.com

Bushcraft 101: A Field Guide to the Art of Wilderness Survival
$10.39
Buy on Amazon
SaleBestseller No. 3 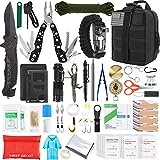 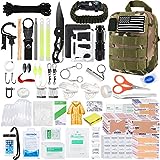